A Special Kind of Learning Centre

We are not like most learning centres. Most of our programs are “cognitive tutoring” rather than “academic tutoring.” This means that our programs strengthen the brain’s ability to learn as opposed to just more teaching. Does your child already go to school and get extra help there? If that isn’t solving the problems, then you really need to look at cognitive tutoring. 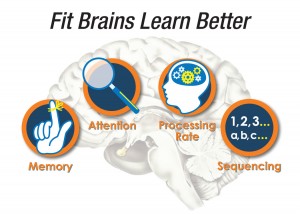 Our programs strengthen the brain (memory, attention, processing, sequencing, etc.) for improved learning abilities in school and life! After all, the brain is at the core of all the problems. Our programs work the whole brain and affect the whole body and the whole person.

Learn more about our programs for reading, attention and learning. Below is just a brief focus into how these programs have impacted some of our Autistic clients and their unique circumstances.

Many Autistic children have language impairments that affect their ability to listen, communicate, and read. Watch this short video in which Dr. Michael Merzenich (neuroscientists call him the Father of Neuroplasticity) discusses this topic.

Autistic children and adults are very likely to be weak in the left angular gyrus and the right angular gyrus. The left angular gyrus is where symbols are processed. Symbols are everywhere in the classroom (and world): Letters for reading, numbers for math, algebra is symbols for symbols, maps are symbols, and don’t forget all the symbols in science. When the programs we offer strengthen this area of the brain, we see significant improvements in a broad range of academic areas as the child is able to process the symbolic information. The right angular gyrus enables us to better understand the feelings and thoughts of ourselves and others (Theory of Mind). Most social training programs teach the child how to behave in certain situations but may do little or nothing to build Theory of Mind. Our programs strengthen the brain including the left and right angular gyrus.

We see these kinds of things all the time. Realize, thinking and feeling happen in the brain. By awakening areas of the brain that are lying dormant, these programs change these children in wonderful and unexpected ways. Please read some more testimonials and call  us at 604.539.1386 to book an assessment or discuss your child and these programs.

A source of great reward for us is in working with autistic children. Many of their parents say that our programs have been the most successful and life-changing therapies their children have done. To see which program is most suitable for your child, see our assessments and our programs. In most cases, academic improvements are so significant that they astound the child’s parents, teachers, and other therapists. However, the most rewarding improvements are more personal: independence, communication, social, sensory integration, and self-confidence.

After Just 11 Days – A Testimonial

Bruce is my six year old son. He was diagnosed with Autism Spectrum Disorder when he was five. He had his 11th Fast ForWord session today but I could have written a testimonial after just two sessions. His mood has lifted so dramatically since starting Fast ForWord that I describe him as acting like birthday invitations are arriving in the mail all day long.

He is relaxing more when we go out. Two days ago we were grocery shopping and I realized Bruce wasn’t holding my hand. He always holds my hand when we’re out but not this time. He was nonchalantly walking two paces behind me just looking around at everything. He didn’t take my hand again until we were outside of the store.

His 1-1 support worker in Kindergarten said she isn’t helping him through transitions nearly as much. She said she reasoned with him for the first time the other day. He didn’t want to sit on the carpet but his classroom teacher had noticed the difference in him and decided to make him sit at circle time for 5 minutes. He listened to the expectations and sat down. I used to hear him wailing in frustration periodically throughout each day, even if I was on the other side of the school I could hear him. That level of frustration just isn’t there anymore. I know ‘teacher talk’ at the carpet is very difficult for Bruce to process. Teachers present new information all the time so for Bruce sitting and listening without frustration is a sign that something is happening.

Bruce had been receiving speech therapy for three years. For an entire summer prior to entering Kindergarten Bruce tried and failed to remember the names of two objects. Tried and failed every single time. I knew working memory was associated with higher level thinking so it was particularly important to me that we keep trying. In Bruce’s very first session of Fast ForWord he was presented with the task of remembering two sounds in a sequencing activity. I held my breath. His third try, SUCCESS!

I can’t thank Accomplished Learning Centre in Langley, BC enough for all they have done to accommodate Bruce. They knew Bruce would be loud if he became frustrated and he was non-compliant with pencil paper testing prior to starting but they welcomed him and found a quiet time for him when they could give him 1-1 attention. They sat with him and encouraged him through those frustrating moments as he learned the games. He would even turn off the computer screen and get up out of his chair but after just two sessions of encouragement and success in the program Bruce no longer needed 1-1 attention. After just 5 sessions Bruce started walking into the centre, putting his headphones on and starting the program all by himself. When he’s finished he takes off his earphones and says, “That was fun!”.

His awareness of sentence structure and time is improving already. For example, last night he walked into my room and asked me “Mommy, where is my magnifying glass?”  This morning when he was getting ready for school he asked me, “What day is it tomorrow?” and “What are we doing after school tomorrow?” This awareness of time and sequences of activities is a huge improvement for him. Before these 11 sessions of Fast ForWord he would ask, “What is it?” for just about everything and we would have to guess what it is he wanted. All this improvement and we’re just 11 sessions in.